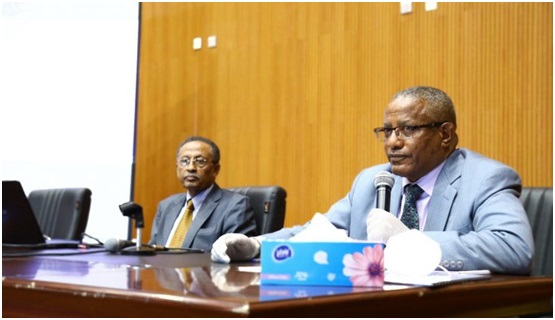 Ethiopia has provided a briefing to European and American resident ambassadors in Addis Ababa on the Grand Ethiopian Renaissance Dam (GERD).

The event was organized by the Ministry of Foreign Affairs and the Ministry of Water, Irrigation and Energy (MWIE) to acquaint the ambassadors with the construction, filling and operation of the dam.

Minister of Foreign Affairs, Gedu Andargachew, and Engineer Gedion Assfaw from MWIE told the ambassadors on the status of the project and the tripartite talks held so far between Ethiopia, Sudan and Egypt.

The officials briefed them on the importance of the dam being fully funded by the people and government of Ethiopia to the region and the African continent.

They said Ethiopia appreciates the statement issued recently by the UN Secretary General António Guterres and Chairperson of the African Union Commission Moussa Faki Mahamat regarding the dam.

The Ethiopian officials also responded to questions raised by the ambassadors.