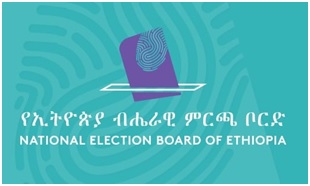 The National Electoral Board of Ethiopia (NEB) stated that some 50 million Ethiopians are expected to cast their votes during the upcoming general election set to take place this year.

Briefing media people who visited the process it has undergone ahead of the polling day today, NEBE stated that it has arranged 50,900 polling stations for the elections throughout the country.

Some 152,700 people have been also nominated by nominated by the board to register voters ahead of the poll while other 254,900 are appointed to administer the election process at polling station, NEBE said.

The media representatives have visited voting materials the National Electoral Board secured at its headquarters.

Voters registration forms prepared with five local languages, registered voters’ smart ID cards, transparent ballot boxes and voting equipment including keys, bags and other containers significant for security during elections have been secured by the board.