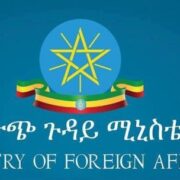 The Government of Ethiopia condemns sexual violence in all circumstances and including in situations of conflict and has a zero-tolerance policy. The Government of Ethiopia has previously issued statements acknowledging that there have been some instances in which during the course of the conflict in the Tigray Regional State, some members of the armed forces have engaged in conduct that is contrary to the clear rules of engagement and direction they have been given. Such illegal conduct included instances of sexual violence and taking this into account the Government had taken steps to ensure accountability and will continue with these measures with a view to bringing to justice the perpetrators of sexual violence. The Government of Ethiopia is fully cognizant of the physical, social, and psychological impact of sexual violence and had been in collaboration with the Interim Administration of the Tigray Regional State trying to provide psychosocial services to alleviate the trauma caused by such regrettable incidents in conflict situations.

The Ministry of Foreign Affairs of the Federal Democratic Republic of Ethiopia has noted the latest ‘report’ by Amnesty International alleging serious violations of international humanitarian law, including rape and other sexual violence. The report concluded that “…overwhelming evidence it has collected showing that Ethiopian and Eritrean soldiers and members of allied militia are responsible for a pattern of rape and other forms of sexual violence”. It also refers to ‘…1,288 cases of sexual violence from February to April 2021…’ and ‘…376 cases of rape committed from the beginning of the conflict to 9 June 2021’ as well as ‘…sexual slavery in Tigray Regional State of the Federal Democratic Republic of Ethiopia’. This is primarily based on information that is said to be gathered between March and June 2021 by interviewing 63 women and girl survivors and from information said to be gathered from health facilities which are also alleged to be destroyed in the ‘report’. The ‘report’ also refers to alleged ‘rape of several women while trying to cross the border to the Sudan and sexual slavery’ on accounts of 3 individuals (women) and information from 12 individuals, respectively.

Amnesty’s report is based on a flawed methodology and relies heavily on interviews conducted in refugee camps in the Sudan and remote interviews facilitated by ‘community workers.’ For everyone familiar with the modus operandi of the terrorist TPLF, the identity of these ‘community workers’ is no great mystery. Furthermore, after interviewing 63 individuals, Amnesty reaches sweeping and far-reaching conclusions that could hardly be supported by the limited and remote ‘investigation’ it claims to have conducted. Amnesty’s investigation when considering the seriousness of the conclusions of the report, including allegations that the highest level of Government has ‘tolerated’ sexual violence, seems scanty and decidedly lacking in rigor.

As has been the case, in some of its previous reports, Amnesty International seems bent on engaging in sensationalized attacks and smear campaigns against the Government of the Federal Democratic Republic of Ethiopia. The Government of Ethiopia had already expressed its concerns about the impartiality and professionalism of some of the personnel within the Amnesty East African Office. The current report reinforces those apprehensions. We also find it curious that the Amnesty report fails to recognize the joint investigation being conducted by the UN Office of the High Commissioner for Human Rights and the Ethiopian Human Rights Commission. Instead, the Amnesty report in its recommendation recommends that organs of the UN including the Security Council and the UN Human Rights Council give a platform for the so-called Commission of Inquiry that is being conducted remotely and interviews at ‘refugee camps’ in Sudan where the perpetrators of the Maikadra massacre and a large contingent of the TPLF militia are stationed. These recommendations contradict the political motivations and biases that inform such reports that try to weaponize human rights as a means to meddle in countries that refuse to be dictated by various interests.

The Government of the Federal Democratic Republic of Ethiopia remains firmly committed to ensure accountability to the alleged serious humanitarian and human rights violations. The current joint investigation by the United Nations High Commissioner for Human Rights and the Ethiopian Human Rights Commission is expected to contribute to this endeavor by the Government, particularly in bringing perpetrators accountable.

Ensuring the protection and security of our nationals remains of utmost importance to the Government of Ethiopia. Going forward, the Government will further strengthen its efforts to comprehensively respond to the humanitarian situation with the same rigor of ensuring the protection and security of its nationals. In collaboration with relevant actors, it will redouble its efforts to provide the necessary life-saving humanitarian assistance. It will also take concrete measures to ensure the sustainable repatriation and reintegration of the displaced.

https://ethiopianembassy.org/wp-content/uploads/2021/08/Ministry-of-Foreign-Affairs-of-Ethiopia.jpg 304 627 Embassy Content Editor https://ethiopianembassy.org/wp-content/uploads/2019/02/LOGO-300x46.png Embassy Content Editor2021-08-12 14:47:552021-08-12 14:47:58Statement regarding the latest ‘report by Amnesty International on the alleged rape and other sexual violence in the Tigray Regional State of the Federal Democratic Republic of Ethiopia (August 12, 2021) 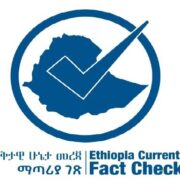 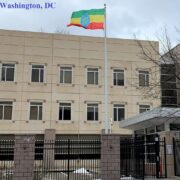 Some sources are spreading false information that the Ethiopian Embassy in Washington D.C. has stopped providing services. However, we humbly inform all that our embassy is providing its regular services! 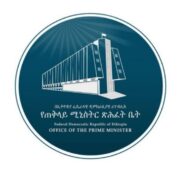 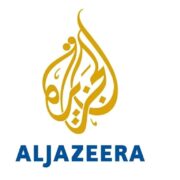 Al-Jazeera reported that the TPLF terrorist group killed 240 civilians, including 107 children, in an attack in the Afar region.

Though the Ethiopian government declared a unilateral cease-fire, the TPLF continued to carry out attacks in neighbouring states, the report said.

The report remembered Samantha Power’s concern about the terrorist acts of the TPLF and the displacement of many people from Afar and Amhara, following the terrorist attack.

Al Jazeera reported that the group’s attacks targeted towns and schools in the Kalikuma area of ​​the Afar region.

Al-Jazeera reported that a total of 240 civilians were killed, including 107 children, and hundreds of thousands were displaced as a result of the terrorist attack.

Al-Jazeera also reported that the terrorist group recruited children for the attack in the Afar region.

The report called on the international community to recognize that the terrorist group is undermining the peace and security of the country following a unilateral cease-fire. 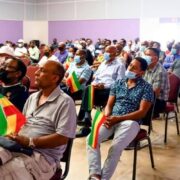 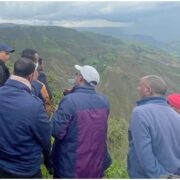 Deputy Prime Minister and Foreign Minister, H.E. Demeke Mekonnen, said Ethiopians should unite to defend their country and halt TPLF’s lootings and killings of civilians in the Amhara and Afar regions.

The delegation paid a visit to the units of Ethiopian Defense Forces, Amhara Special Forces, and Fano that are defending the area from the destructive acts of the terrorist group.

The visiting group has also appreciated the preparation, motivation, and initiative of the people in the area to defend themselves from TPLF’s irresponsible acts working together with the ENDF and Special Forces.

Mr. Demeke underscored that the people should give a debilitative blow to the terrorist group and disable it from compromising the unity of Ethiopians and the wellbeing of their country. 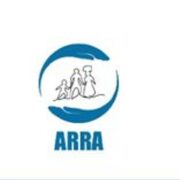 We would like to express our regret that the statement issued by the UN Commission on Human Rights (dated 6 August 2021), based on the hunches of its rapporteur, Dr. Mohamed Abdelsalam Babiker (Sudan) on the situation of Eritrean refugees in Tigray, undermines Ethiopia’s centuries-old protection of refugees and does not take into account the facts on the ground.

We find the statement full of fabrications, misrepresentation, and ill-informed of facts and data, which puts the rapporteur’s impartiality and credibility into question. To begin with, the statement tries to draw a comparison between TPLF, a terrorist enterprise, and the government of Ethiopia and the people of a country that protects refugees for ages by calling them “all combatants”. Then, it blatantly and deliberately tries to protect the terrorist enterprise by stating “by forces affiliated with [TPLF]”, while directly and falsely incriminating the government of Ethiopia by undermining all efforts exerted to rescue the refugees by relocating them to a safe location and granting assisted urban refugee status. It has even the audacity to claim that Eritrean refugees are being “targeted and victimized by both sides for their perceived collaboration with the other side in the conflict.” How a government who has a proven track record of hosting and protecting refugees for centuries, and is currently granting the right to live in its capital city can be labelled in such a manner is beyond consideration. It is simply an insidious and baseless lie.

While the TPLF and its affiliates were attacking the two refugee camps, it was the EDF that helped ARRA to locate and transport the scattered refugees. Of the 19,200 refugees from Hitsats and Shimelba, the Ethiopian government has relocated more than 9,000 to Mai-Aini and Adi-Harush and 69 to Berahle, 79 refugees are waiting relocation to Berahle, registered more than 5,300 refugees in Addis Ababa, and both ARRA and UNHCR have credible data that shows the total population of Eritrean refugees who fled the two camps and reside in the city is more than 9,000. We have made 91 hectares of land available to develop into a new camp and have made repeated calls for help in rescuing the refugees. The government has also graciously decided to give out-of-camp status to those who are already in the city and in three days more than 800 are re-registered.

Furthermore, the statement systematically neglects the fact that TPLF launches fresh attacks on refugee hosting areas and puts their lives at risk with reported abductions, killings, looting, and deployment of heavy artilleries inside the camp, and blocks refugees from moving out of danger which is tantamount to hostage situation. To make the captioned issue straight, this fact has already been expressed by the Government of the USA and the UNHCR in addition to the Ethiopian government.

As the Ethiopian Government’s unilateral ceasefire which is aimed at enabling humanitarian assistance continues to be hampered by the TPLF’s provocations, we have a reason to believe that such a statement is a craft to diminish the efforts of the government. We call for officials holding humanitarian posts to act impartially, however, if this is not the case, the government of Ethiopia would be forced to assess the reasons for impartiality and take measures accordingly.

Reaffirming our commitment to the protection of refugees, we request the UN Human Rights Commission to correct the biased and partial opinions of its rapporteur. We also call the Commission and other international humanitarian organizations to help our efforts of rescuing the refugees from the imminent danger they are in and assist our efforts of investigating the issue.