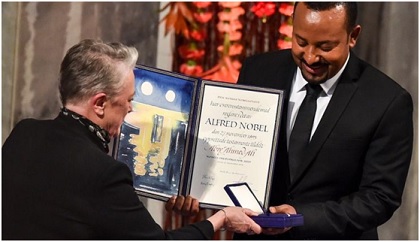 In an official letter issued today, Olav Njolstad, Director of Norwegian Nobel Institute said the committee has never recognized its decision nor, as for now, has it any intention to do so regarding the Peace Prize Awarded to Ethiopian Prime Minister Dr. Abiy Ahmed.

The statues of the Norwegian Nobel Committee do not allow it to revoke a Peace Prize once awarded, he said.

“The same goes for the other Nobel Committees and Nobel Prizes as well. Indeed, not a single Nobel Prize has ever been revoked since the first prizes were awarded back in 1901.” the letter added.