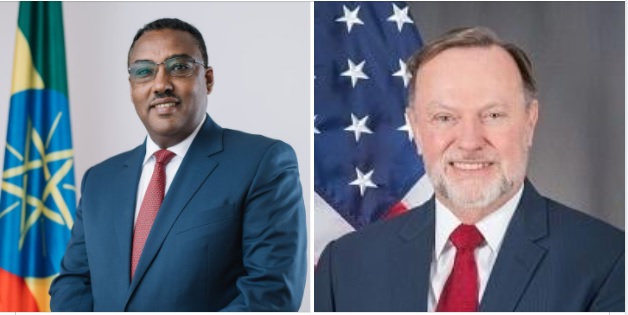 Demeke spoke at length about the successful rule of law operation in Tigray, the ongoing humanitarian efforts, including the rehabilitation of the infrastructure destroyed by the TPLF junta in the region.

He also described in detail the government’s efforts to stabilize Tigray, including the situation and treatment of Eritrean refugees, the atrocities committed in Maikadra and other areas, and the efforts to apprehend the perpetrators of those despicable acts.

The Deputy Prime Minister also said Ethiopia is keen to closely work with the new administration of the United States government.

Tibor Nagy, on his part, lauded Ethiopia’s efforts to overcome the situation in the Northern part of the country.

He underscored that the United States government applauds Ethiopia’s success as its achievement.

The Assistant Secretary thanked Demeke for the briefing and expressed optimism for the strengthening of relations between the two countries.