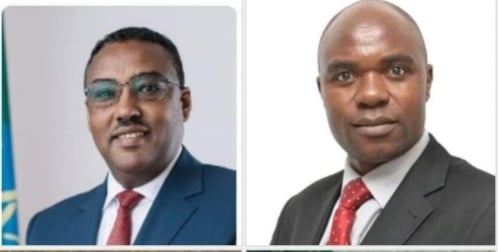 The Deputy Prime Minister and Foreign Minister said Ethiopia and Malawi have a long history of diplomatic relations which further needs to be strengthened in various fields.

He also briefed Hon Eisenhower Mkaka about the ongoing joint UN-EHRC investigation on alleged crimes committed in Tigray which should not be interfered with unnecessary pressures.

The Malawian Foreign Minister, on his part, thanked Mr. Demeke for his briefing on the current situation in the country and expressed his desire to strengthen relations between the two countries.

Some 40 Trucks Loaded with Humanitarian Aid Leave for Tigray (July 9, 2021)