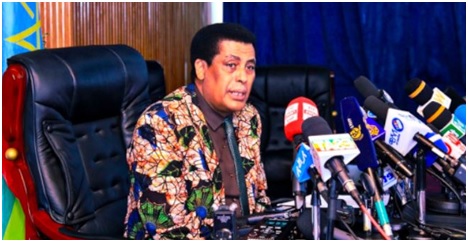 The diplomatic efforts to change the wrong perceptions of some of the international communities about the law enforcement operation in northern Ethiopia were successful, Foreign Affairs Spokesperson Dina Mufti said.

Briefing the media today, the spokesperson said high-level government officials shuttled to and fro neighboring and other countries to explain about the ultimate objective of the law enforcement operation in Tigray Regional State.

Upon completion of the operation, Deputy PM and Foreign Minister Demeke Mekonnen held series of phone conversions with the foreign ministers of Russia, Denmark, Norway, Austria, Netherlands and the UN Special Envoy to the Horn of Africa, among others, he added.

According to Dina, the Deputy PM and Foreign Minister informed the ministers about the minimum casualties and destruction incurred and the commencement of rehabilitation of the displaced.

“The military aspect of the operation is now over. Only the police force has been active in Tigray to apprehend the fugitives and bring them to justice,” Dina stated.

The spokesperson further explained that “the wrong narratives that dubbed the law enforcement operation in the northern part of the country as civil war or attacks waged on one party are more or less corrected and replaced by the right narratives.”

Now, the narrative on the law enforcement operation is changing into rehabilitating the displaced people and opening up corridors for humanitarian actors, he pointed out.

Thus the concern of the international community tends to be shifting towards collaborating with the government to facilitate ways of delivering humanitarian assistance to those in need.

The spokesperson revealed that, “Humanitarian corridors are now open. The displaced and those who fled to Sudan will be coming back soon and rehabilitated. In fact, we are working in collaboration with Sudanese government officials and other national, regional and international organizations to speed up their return.”