Blog - Latest News
You are here: Home / Uncategorized / Ethiopia Asks Sudan to Evacuate Area before Start of Any Negotiation (January... 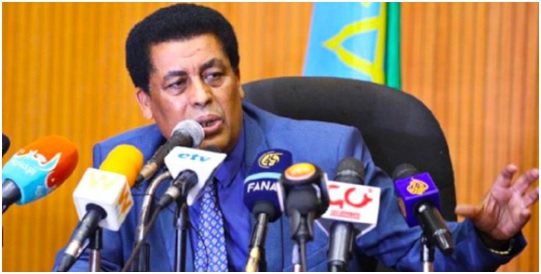 Ethiopia has called on Sudan to evacuate the area it has occupied before the start of any negotiation.

Regarding the border issue, he said “the leaders of the Sudan are beating war drums and have continued to looting and displacing Ethiopian farmers.”

According to the Spokesperson, Ethiopia still believes that the issue can be solved amicably through negotiation.

However, he said “before the commencement of any negotiation, we demand the Sudanese army to evacuate the area that it has occupied currently by displacing Ethiopian farmers as of November 6 2020 and respect its agreement to keep the status quo.”

As far as Tigray is concerned, he said, the government, through its agencies and in collaboration with humanitarian organizations, has continued providing food and non-food items to those in need in the regional state.

Reports that claim that 4.5.million people in Tigray are in need of humanitarian assistance are unsubstantiated, Ambassador Dina stated.

The National Disaster Risk Management Commission recently reported that 2.5 million people require humanitarian assistance and 1.8 million of them are registered aid recipients before the commencement of the law enforcement operation.