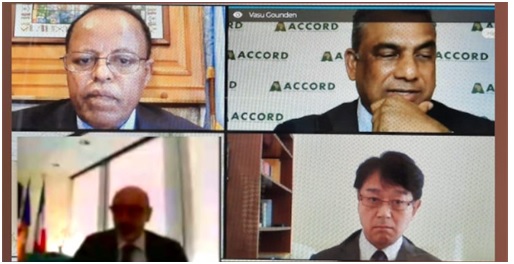 He said “what we experienced in Ethiopia is a clash between greed and criminal interests of few, and the popular demand for accountability and distributive justice.”

Ambassador Taye underscored the critical need for capacity building in the fight against illicit financial flows and implementation of Silencing the Guns, while reiterating Ethiopia’s commitment to the AU and UN Conventions against corruption.

The meeting held with participation from the membership of the United Nations, representatives from the African Union, the private sector, civil society, academia and the UN system.