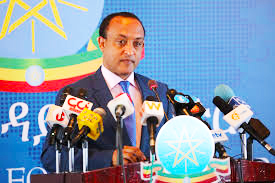 spokesperson, Meles Alem briefed the media regarding the results garnered since Ethiopia began allowing citizens of other African countries to enter the country by issuing visa on arrival. He said, “Ethiopia is taking the dream of free movement in Africa one step further. The number of our African brothers arriving to Ethiopia has increased dramatically and the visa on arrival arrangement is facilitating tourism, economic, regional integration & diplomatic relations.” He further said the decision to relax the visa regime will likely be a boon for the country’s hospitality and conference tourism sectors. The capital- Addis Ababa is one of the world’s largest diplomatic hubs, hosting the seat of the African Union, the United Nations Economic Commission for Africa, and dozens of foreign embassies. Meles stressed success has come since Ethiopia started issuing visa online for tourists and other visitors across the world. “This will make travel to Ethiopia easy, simultaneously boosting Ethiopian Airlines international presence steadily in recent years,” he added. The spokesperson further noted Ethiopia is currently undergoing significant political reforms; these political developments, among others; necessitated revisiting the existing nationality law that applies to foreign nationals of Ethiopian origin primarily aiming to reconnect and enable participation in their country’s affairs. He underscored the enhancement of Diaspora participation is playing a significant role in maintaining Ethiopia’s economic growth, conducive investment destination and tourist attraction. It is to be recalled that Prime Minister Dr. Abiy Ahmed and leaders of regional States have recently made frequent calls to the Ethiopian Diaspora, more than any time before, to create synergy and actively engage in the development of the country.