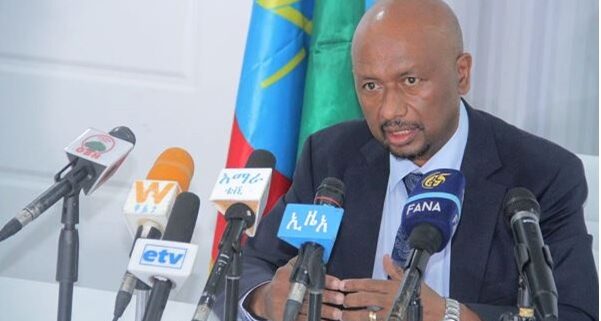 Egypt and Sudan’s attempt to undermine the AU-led negotiation on GERD is unacceptable, said the Ministry of Water, Irrigation and Energy.

Minister of Water, Irrigation and Energy, Dr Seleshi Bekele, made the remark while briefing journalists on talks held in Kinshasa, DRC for the past three days under the AU Chair.

He said a lot of time has been lost as a result of the strategy pursued by Cairo and Khartoum to delay the negotiations. The proposal tabled to remove South Africa from an observer role is a denial of dignity for AU, he said.

During the talks in Kinshasa, the two countries followed an approach that seeks to undermine the AU-led process and to take the matter out of the African platform, he said.

Ethiopia, through its Minister of Foreign Affairs, clearly stated its sovereign rights to reasonably and fairly use the Nile waters and for speedy conclusion of the negotiation, he said.

According to the Minister, the second filling of GERD reservoir will continue as planned. Ethiopia expects the trilateral negotiation to be completed within eight weeks.

Press Release on the Trilateral Negotiations on the GERD, Kinshasa, Democratic...