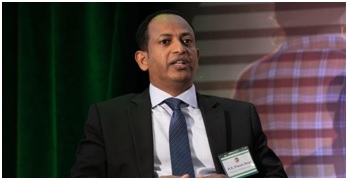 The U.S. newly-appointed Horn of Africa Special Envoy Jeffrey Feltman‘s recent comments about Ethiopia and the region in his Foreign Policy magazine interview is not something expected from a diplomat, so remarked Ethiopian Ambassador to the United States Fitsum Arega.

Expressing the appointment of a special envoy to the Horn of Africa is a positive gesture that has demonstrated United States’ special attention to the region; Ambassador Fitsum told local media that Feltamn’s remarks, however, lack respect and courtesy to African partners.

“As soon as assuming the new responsibility, the diplomat made unsubstantiated claim that the growing alliance of ‘authoritarian’ leaders Ethiopia, Eritrea and Somalia has seriously weaken the Intergovernmental Authority on Development (IGAD), the regional block.”

Contrary to the special envoy’s opinions, IGAD has been executing commendable activities to bring the partnerships of the Horn of African countries for the peace and development of the region, the ambassador added.

“Besides his failure to recognize the current situations of the Horn of Africa, Feltman has disrespected leaders of sovereign states and his attempts to ridicule them sadden the people of the respective countries.” His mockery on the partnership of the three neighboring countries has also adverse impact in the peace and stability of the region.

Diplomatic sources told the local media that Feltman’s irresponsible comments could lead the volatile Horn of Africa to further chaos whilst his comparison of the current situation in Tigray State of Ethiopia with Syria also puts the diplomat’s integrity in question.

The special envoy’s expression of Ethiopia’s forthcoming General Elections as a reason to trigger conflict and unrest in the region is aclear violation of the country’s sovereign rights, the sources noted.

Ethiopian Leaders Extend Easter Best Wishes To All Christians (May 1, 2021)