Blog - Latest News
You are here: Home / Uncategorized / Ethiopia suggests meeting of Bureau of the Assembly of the AU to end impasse... 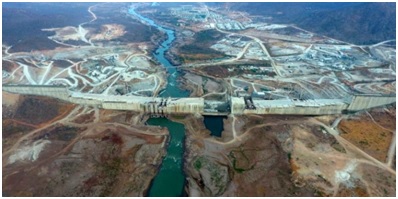 Ethiopia says the way forward on the GERD negotiations is to request the Chairperson of the African Union, H.E President Felix Tshisekedi to call the meeting of the Bureau of the Assembly of the AU in a letter addressed to the Prime Minister of the Sudan H.E Mr. Abdalla Hamdok.

H.E Prime Minister Abiy Ahmed, in response to the letter of H.E Prime Minister Abdalla Hamdok dated 13, April 2021, stated that assuming the negotiation process as a failure is not right because we have seen some tangible results including the signing of the Declaration of Principles (DoP) and the establishment of the National Independent Scientific Research Group (NISRG) and its work in relation to stage based filling schedule.

The letter also cites the Kinshasa meeting, the understanding reached on the resumption of the stalled AU led trilateral negotiation, the agreement reached on the continued and enhanced role of the observers, namely EU, South Africa, and United States, and the need for the current AU Chairperson to use resources at his disposal for the effective discharge of his facilitation role.

Acknowledging the legal and technical issues that need to be tackled for a win-win outcome, the letter also appreciates the AU-led process for providing the opportunity to the tripartite to deal with the most pressing issues in spite of the interruption nine times.

“If parties negotiate in good faith results are within our reach,” says the letter, and “Ethiopia still believes that the best way forward is to continue the trilateral negotiation under the AU-led process to reach a win-win outcome.”