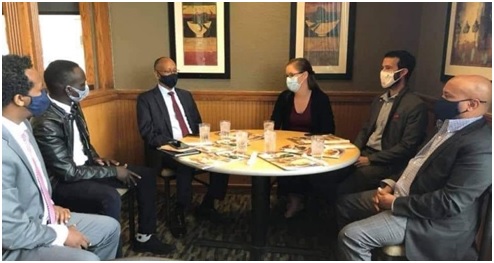 Among the issues raised during the discussion include the origin and current status of law enforcement in the northern part of the country, the ways to ensure active participation of the diaspora community in both countries, on how to cooperatively work with both elected officials to promote the relationship between Minnesota and Ethiopia.

All parties vowed to continue such close engagement in the future, according to the Ministry of Foreign Affairs.

In related news, Minnesota-Midwest GERD Support Committee has collected about $70,000, of which $40,000 has been deposited with Commercial Bank of Ethiopia.