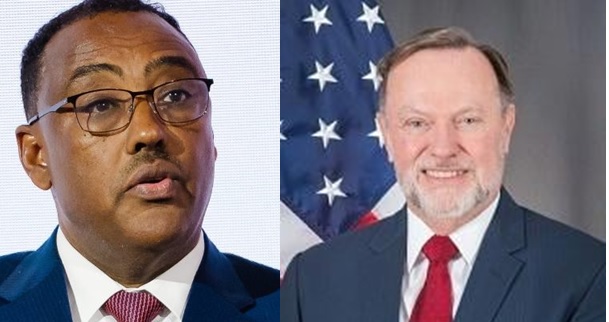 Deputy Prime Minister and Foreign Minister of Ethiopia, Demeke Mekonnen, today held talks over the phone with US Assistant Secretary for African Affairs, Tibor Nagy, regarding current situations in Ethiopia.

Demeke briefed the Secretary about the objectives of the on-going Ethiopian government’s operation in Tigray, according to the Ministry of Foreign Affairs.

The Government would end the operation once the destructive military capacities of the TPLF gang is destroyed and unduly provoked members of the Ethiopian Defense Forces are rescued, and the rule of law is upheld in the region, the Minister said.

Demeke also explained the state of emergency in the Tigray region and some modalities associated with it.

Nagy reiterated that peace in Ethiopia is indespensable to peace in the region.

Minister Demeke congratulated Nagy on the recent successful completion of the US presidential election and extended his best wishes to president-elect Joe Biden and Vice President-elect- Kamala Harris.

Context for the Current Situation in Ethiopia — the Evolution of Criminality...