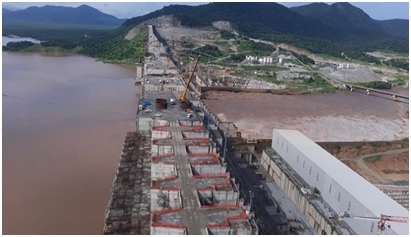 Sudanese Minister of Irrigation and Water Resources, Yasser Abbas, said the Grand Ethiopian Renaissance Dam (GERD) is safer than the dams in Sudan and Egypt.

“The Renaissance Dam’s degree of safety is better than that of Sudanese dams and Egypt’s High Dam, based on some studies,” Abbas said in a television interview.

This, he explained, is due to the materials and technology used in its construction.

“We only side with our interests, and sometimes they go along with those of Egypt or Ethiopia. When we said that the Renaissance Dam is beneficial to us, we were accused of siding with Ethiopia,” he indicated.

Ethiopia, Sudan and Egypt have been in talks for a couple of years in an effort to reach an agreement on the dam. Egypt fears that Ethiopia’s dam will reduce its water supplies.

However, Ethiopia says the dam was not intended to harm Egypt’s interests but has been built to generate electricity.