Blog - Latest News
You are here: Home / Uncategorized / Maikadra Massacre of Civilians Is A Crime of Atrocity: EHRC (November 24,... 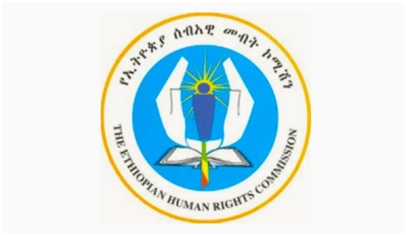 The Ethiopian Human Rights Commission (EHRC) has found that an atrocious massacre of civilians has been committed by an informal group of Tigrayan youth known as ‘Samri’, aided and abetted by members of what was then the local administration and security establishment in Maikadra, in Tigray Region’s Western Zone, on November 9th, 2020.

EHRC visited Maikadra, Abrhajira, Sanja, Dansha, Humera, and Gonder between November, 14 – 19, 2020 as part of its investigation into human rights violations whose preliminary findings have been released today.

The preliminary findings state that what transpired in Maikadra on November 9th, 2020, including the killings, bodily and mental injury, as well as the destruction that went on throughout the night, the overall conduct and results thereof, strongly indicate the commission of grave human rights violations which may amount to crimes against humanity and war crimes.

The full extent of the evidence and elements of the crime will be further examined in detail in the full report, the Commission said.

The preliminary report finds that before retreating from the advance of the Ethiopian National Defense Forces (ENDF), the local militia and police security apparatus joined forces with members of the Samri group to carry out door-to-door raids and kill hundreds of people they identified as ethnic “Amharas and Wolkait origin”, by beating them with sticks, stabbing them with knives, machetes and hatchets and strangling them with ropes.

They also severely injured many people and looted or destroyed properties.

Based on testimony gathered so far, EHRC estimates that at least 600 civilians were killed. The death toll could be higher still as there are reports of individuals unaccounted for at the time of EHRC’s visit and bodies hidden in fields outside Maikadra.

Members of Samri, with the help of the local police and militia, moving from house to house and from street to street, began a cruel and atrocious rampage on people they profiled as Amharas and Wolkaits.

While Samri, comprised of several groups consisting of 20 to 30 youth, each accompanied by  an estimated 3 to 4 armed police and militia, carried out the massacre, police and militia – strategically posted at street junctions – aided and directly participated in the carnage by  shooting at those who attempted to escape.

Amidst the harrowing acts of the Tigrayan informal youth group, Samri, survivors also tell many stories of humane actions where other residents also of ethnic Tigrayan origin, who saved many lives by hiding targets in their homes, in churches and in farms fields.

EHRC’s Chief Commissioner Daniel Bekele said, “The unimaginably atrocious crime committed against civilians for no reason other than their ethnicity is heartbreaking.”

He added that “Yet we are consoled by the stories of Ethiopians who saw beyond ethnic origin to come to the aid of their compatriots in their time of need. These stories keep the hope of a return to peaceful coexistence going”.

“It is now urgent priorities that victims are provided redress and rehabilitation, and that perpetrators involved directly or indirectly at all levels are held to account before the law.”

Brief Illustrative Summary of Efforts to Reconcile With TPLF (November 23, ...