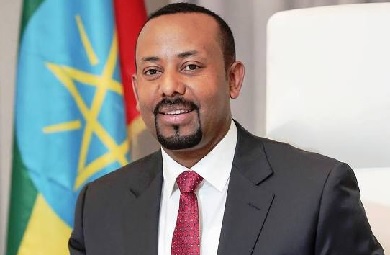 Prime Minister Dr Abiy Ahmed has congratulated Ethiopians on the occasion of the completion of the first year filling of the Grand Ethiopian Renaissance Dam (GERD).

In his message, the Prime Minister said “I would like to congratulate all Ethiopians for taking our dam to this level through our joint efforts.”

“On this day, we Ethiopians knew how to execute and achieve nationally focused projects,” he said, adding “the completion of the first year filling of the dam is a historic day for Ethiopians.”

“I think the world will surely understands that the dam is a turning point to Ethiopia’s move to stand on its own two feet and beat poverty,” he added.

The Prime Minister reiterated that Ethiopia has no intention of harming Sudan and Egypt during the construction and operation of the dam.

He finally extended his gratitude to those who raised funds, participated in negotiations and to the former Ethiopian Prime Ministers, for their contribution to the success of the dam.