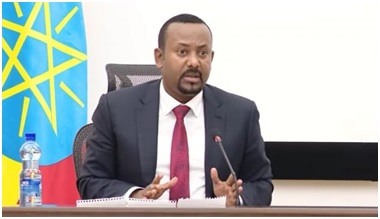 The discussion focused on a number of issues including bringing the TPLF junta to justice before they commit additional heinous crime and taking due caution and vigilance to protect urban residents from harm in the operation to ensure rule of law.

Ways of strengthening efforts by the Ethiopian National Defence Forces (ENDF) to repatriate and assist Tigrayans displaced due to the acts of the criminal clique were also topic of the discussion.

According to Office of the Prime Minister, the plan to rehabilitate Tigray after the completion of the operation was also presented for discussion.

PRESS RELEASES ON THE TRIPARTITE FOLLOW UP MEETING OF MINISTERS OF FOREIGN AFFAIRS...