Blog - Latest News
You are here: Home / Uncategorized / Second Filling Of GERD Will Not Impact Our Interests: Egypt’s FM (May 1... 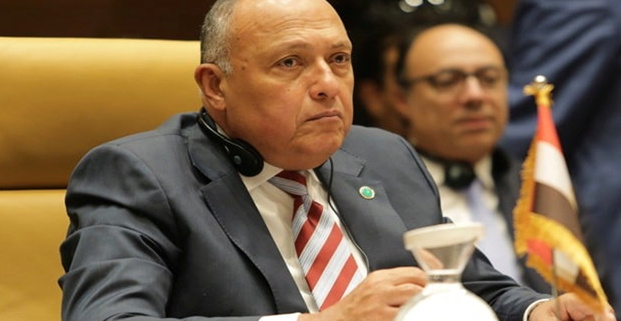 Egyptian Foreign Minister Sameh Shoukry reassured Egyptians that second filling of the Grand Ethiopian Renaissance Dam will not negatively impact them, as Egypt still has the Aswan High Dam reservoir to rely on.

“We have confidence that the second filling of the dam will not affect Egyptian interests,” the Foreign Minister said in an interview with TV host Nashat al-Dehi.

Shoukry said on Tuesday that Egypt can deal with the second filling of the Renaissance Dam through tight procedures in managing water resources.

“The international moves show the importance of the issue and allow the president of the African Union to be briefed on the Egyptian viewpoint, which is characterized by flexibility, moderation, and the desire to get out of the crisis by reaching an agreement.”

Regarding the US envoy to the Horn of Africa, the Foreign Minister said: “The American envoy has experience by virtue of holding many positions that qualify him to interact quickly with the issue of the Renaissance Dam.”

“Egypt is awaiting an invitation from the Presidency of the African Union to hold the Union’s office in the presence of the parties to make a decision that will lead to another opportunity to the negotiation process, through a new framework that involves more effective participation by international observers, which will contribute to converging views together to develop solutions towards reaching an agreement.”

Ethiopia stresses the importance of the GERD project to bolster its economy, where more than half of the population currently lives without access to electricity.

Ethiopian Week National Festival Kicks Of In Presence Of PM Abiy Ahmed (May...

Consultation over the GERD winds up calling for Unity (May 19, 2021)