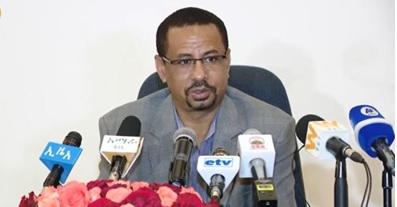 Chief Executive of the Tigray Interim Administration, Dr Mulu Nega, has called on Tigrayan Diaspora to stop aggravating the situation in the region.

He also urged them to stand with the people in providing humanitarian support and reconstructing the region.

The Chief Executive noted that the Tigray people are currently in difficult situation, following the law enforcement operation in the region.

As a result, many people in Tigray need emergency humanitarian assistance and require support from all Ethiopians, especially the Diaspora community, he said.

According to him, the Diaspora can extend a lot of support while the federal government is working hard to restore security and stability in the region.

“The federal government has been working hard in terms of providing humanitarian support. But the support is not enough. All Ethiopians should also participate in this process, because such support for the people of Tigray at this moment is really crucial and also an expressions of unity and solidarity,” he stated.

According to him, the Tigrayan Diaspora should particularly rethink about what they are actually doing.

The CEO urged the diaspora to show their solidarity to the people of Tigray and stand with the interim administration to resolve the problems in the region rather than aggravating the situation.

“The Tigrayan Diaspora should also stand with the interim administration of the region because the Tigray people at this time need support, solidarity and unity. This is very important for the people. Otherwise, aggravating the situation cannot help in solving the problem in the region.”

Dr Mulu finally called on all Ethiopian Diaspora and especially the Tigrayans to join hands in the efforts to solve the problems which the people of Tigray are actually facing at the moment, according to ENA.

H.E. Mr. Demeke Mekonnen has addressed the 46th session of the United Nations...