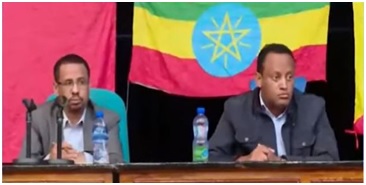 Heads of the interim administration of Tigray regional state have held discussion with residents of Mekelle city.

Residents represented from all sub-cities of Mekelle, including religious leaders and traditional leaders, attended the meeting.

The participants condemned TPLF’s armed attack against the north command of the defence forces and requested the administration to strengthen its structure up to the lower level.

They further demanded the administration to organize and deploy police forces to maintains peace and security of the city as well as to restore internet services.

The officials, who chaired the meeting, responded to the questions raised by the participants.