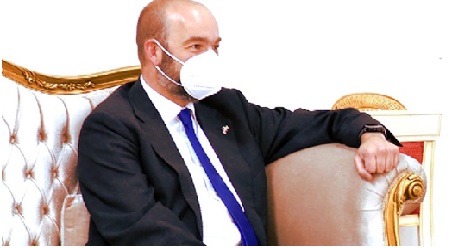 The United Kingdom (UK) has welcomed the continued tripartite negotiations between Ethiopia, Sudan and Egypt on the Grand Ethiopian Renaissance Dam (GERD).

The Under Secretary of State for Africa, James Duddridge made the remark in a press conference conducted on Wednesday following the conclusion of his three-day official visit to Ethiopia.

According to Duddridge, during his visit he held discussions with higher government officials about the current status of the GERD and the ongoing tripartite negotiations between the three countries as well as on other issues of mutual concerns.

He said “we welcome President Cyril Ramaphosa’s mediation. We welcome the continued technical discussions on the dam.”

UK’s Under Secretary of State for Africa has also urged the countries to continue with their discussions as it is important for the development of region.