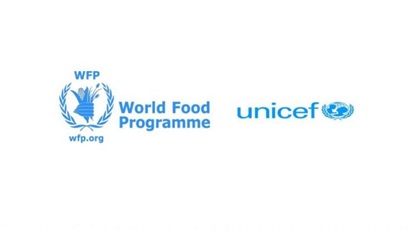 The United Nations Children’s Fund (UNICEF) and World Food Programme (WFP) have launched a three-year partnership in Ethiopia to support the Government in preventing acute malnutrition in children and mothers and provide school-based nutrition and health services.

Three-year initiative will be implemented in 100 woredas and promoting health and nutrition in 600 schools.

The first-of-its-kind partnership underlines the urgency of preventing acute malnutrition in Ethiopia, which has seen insufficient progress over the past two decades, and where malnutrition levels are likely to be exacerbated by the COVID-19 pandemic.

And, it is aimed to address the ongoing desert locust infestation, and persistent climate-related crises such as floods and droughts.

This year, 4.4 million people in the country will require treatment for severe and acute malnutrition – 2.7 million children and 1.7 million pregnant and breastfeeding women.

This approach would help Ethiopia move towards the goal of decreasing acute malnutrition in children from nearly 10 percent to less than three percent by 2030.

The UNICEF-WFP initiative targets 100 of the most vulnerable woredas in Afar, Amhara, Oromia, Southern Nations Nationalities and Peoples, Somali and Tigray regions. The two agencies aim to:

“We are concerned that millions of children remain susceptible to malnutrition, and we are already seeing worrying signs of increased malnutrition due to COVID-19 and the desert locust infestation,” said UNICEF Representative Adele Khodr.

“We are, however, convinced that in working together smartly and differently, we can support the Government of Ethiopia to drastically prevent the root causes of malnutrition and reach every child and mother who requires treatment for malnutrition.” She added.

“The Government is investing heavily in the nutrition, health and education of current and future generations of Ethiopians,” said Steven Were Omamo, WFP Representative and Country Director.

“We are confident that this new partnership will add importantly to those efforts and thereby contribute to the Government’s vision of social and economic transformation in Ethiopia.” he added.