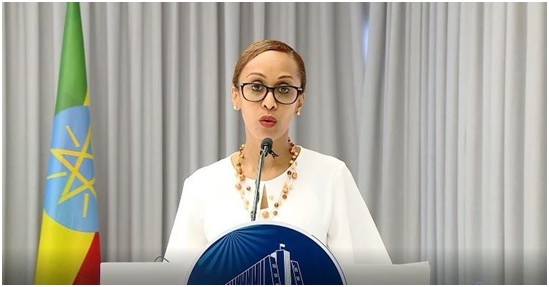 Office of the Prime Minister has briefed Addis Ababa-based diplomatic community on the status of the COVID-19 pandemic in Ethiopia.

In a video briefing, Billene Seyoum, from the Press Secretariat Unit of the Prime Minister Office, highlighted the containment and prevention activities undertaken by the government so far.

Among the measures include stopping large gatherings and sporting events, closure of schools and fourteen-day mandatory quarantine for all travellers arriving to Ethiopia.

Cessation of over 80 flights of Ethiopian airlines, temporary closures of bars, night clubs and land borders were also among the measures undertaken after the officially announcement of the positive case in the country, she said.

Cognizant to the global financial difficulties that COVID19 has created, a number of key financial measures have also been undertaken by the government, she said.

Some of the measures, according to Billene, include tax exemption to the import of materials and equipment related to the coronavirus containment.

The Commercial Bank of Ethiopia has also availed 15 billion birr liquidity for private banks to enable them to provide debt relief and additional loans to their customers in need, she stated.

The country has also been playing a leadership role over the past weeks particularly putting forth a three point proposal to the G20 countries, she said.

The proposal includes the continent wide support of $150 billion to withstand the financial damages that COVID19 is going to pose, according to her.

Ethiopia has so far reported 52 confirmed cases of COVID19, with two deaths and four recoveries.

Following the rise of COVID 19 infections, the Council of Ministers today declared a 5-month state of emergency in accordance to Article 93 of the Constitution.

According to the latest figures from Johns Hopkins University, more than 1.4 million cases of coronavirus have been registered globally.