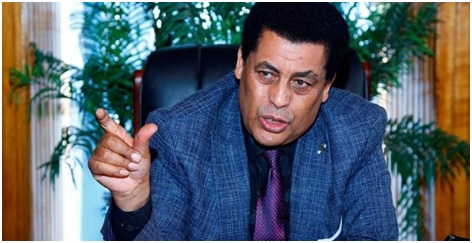 Ethiopia’s diplomatic relation with the new US administration will continue in a spirit of cooperation and mutual benefits, Foreign Affairs Spokesperson Dina Mufti said.

In an exclusive interview with ENA, the spokesperson said the diplomatic relation between Ethiopia and USA will continue based on the principle of mutualism.

Ambassador Dina noted that President Trump had a mistaken understanding and inaccurate stand on the Grand Ethiopian Renaissance Dam (GERD).

“We believe that the new administration of Joe Biden will come up with good ideas for Africa,” he stated.

Ethiopia will continue to work with Joe Biden administration based on common interests, the spokesperson said, adding that Ethiopia is ready clarify its policy direction in the economic, diplomatic and political spheres to the elected administration.

More efforts will be exerted to further enhance the mutual interests of the two countries, the spokesperson added.

Citing the distorted view of President Trump on GERD and the use of Nile River in particular, Ambassador Dina stated that Ethiopia would work closely with the Biden administration to explain Ethiopia’s development vision to do away with poverty.

He further expressed his hope that the new Biden administration would work in good spirit of cooperation not only with Ethiopia but also with the whole of Africa.

According to him, the diplomatic relation between Ethiopia and the United States which began in 1903 would enable the two countries to conduct diplomatic activities.

Ethiopia is one of the major development partners of the United States in Africa and it has provided over $4 billion in development assistance over the past five years.