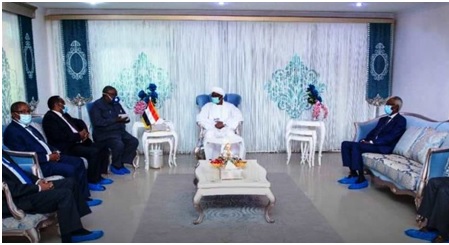 Demeke and his accompanying delegation arrived in Khartoum yesterday to participate at the second high-level political committee meeting on border issues between Ethiopia and Sudan.

Demeke and Dagalo, aka Hemeti, discussed the bilateral relations between the two countries and ways to strengthen them.

The meeting discussed on railway project linking Ethiopia and Sudan, which is estimated to be 1,512km, including 594km in Ethiopia and 918km in Sudan.

It also touched on issues of passengers land transport and discussed the impact of the coronavirus, which led to the weak movement of passengers and goods between the two nations.

Dagmawit also exchanged views with Yasser Timo, director of Sudan Airways on aspects of cooperation between airlines of the two countries.