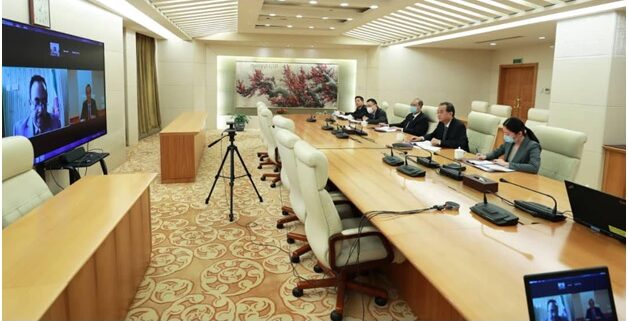 The consultation was led by State Minister, H.E. Redwan Hussein, and Assistant Foreign Minister of the People’s Republic of China, H.E. Deng Li.

The meeting covered an exchange of information on domestic political developments, Ethiopia-China strategic partnership, and cooperation in regional and international issues of mutual interest.

Discussing the current situation in Ethiopia, Ambassador Redwan explained how the government has exerted enormous energy to satisfy the humanitarian needs of affected people in Tigray, besides rebuilding damaged infrastructure by the TPLF clique.

He also appreciated the principled stance of China for it repeatedly, in bilateral and multilateral forums, affirmed that the law enforcement operation in Tigray is an internal affair of the country.

They have also exchanged views on the status of the trilateral negotiation between Ethiopia, Sudan, and Egypt concerning the Grand Ethiopian Renaissance Dam (GERD).

The two sides noted that the GERD issue should be solved in dialogue under the auspices of the AU-led negotiation and in line with the principle of African solutions to African problems.

During the consultation, Ambassador Redwan also thoroughly explained the belligerence of Sudan in invading Ethiopian lands and forcibly displacing Ethiopian farmers, and looting their properties.

Pledging to increase their bilateral economic exchanges, the two sides covered in their discussion about ways to strengthen the railway infrastructure between Ethiopia and Djibouti through China’s support.