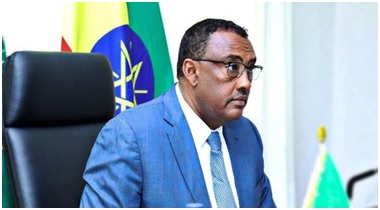 He spoke at length about the government’s crackdown on the TPLF junta in the Tigray region and the causes, contents, and objectives of the operation.

Demeke said the operation is aimed at restoring law and order in the region and bringing the TPLF criminals, who attacked the Northern Command of Ethiopian Defense Forces, to justice.

He said the campaign differentiates the TPLF junta from the people of Tigray and will meet its objectives without endangering public safety.

EU Ambassadors, on their part, said they understand the Ethiopian government’s ongoing efforts to maintain law and order, according to the Ministry of Foreign Affairs.

Demeke elaborated on the government’s efforts to rehabilitate displaced people and appreciated the full support of neighboring countries in understanding the federal government’s sovereign right to deal with its internal affairs.