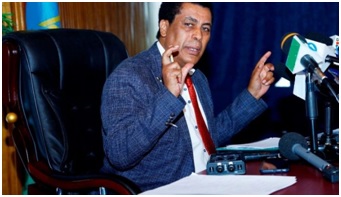 The Ministry of Foreign Affairs (MoFA) has described the diplomatic activities carried out to make concerned bodies understand the law enforcement operation in Tigray as successful.

All of the leaders expressed solidarity with Ethiopia and underscored that the operation in Tigray is Ethiopia’s internal affair. They said Ethiopia’s stability is stability to the region.