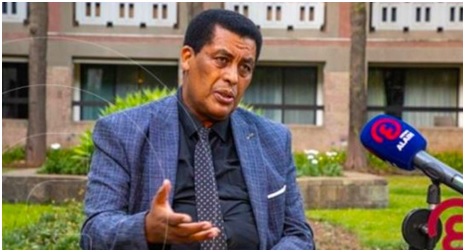 Regarding the border dispute, Ambassador Dina underscored that it will not serve the inherent needs of the people Sudan. He said Ethiopia still believes in peace and requests Sudan to evacuate its military forces from Ethiopian areas that it has forcefully occupied by displacing farmers as precondition for negotiation.

Addressing chairmanship of the DRC following South Africa’s existing from its current chairmanship, Ambassador Dina reflects Ethiopia’s unshakable confidence on the AU-led negotiation and the principle of ‘African solutions to African problems.’

He recalled Ethiopia’s role in building peace during the time the DRC had faced in the 1960s and said the country’s chairmanship over the negotiation won’t negatively affect Ethiopia’s principle-based negotiation.