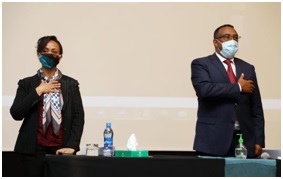 The campaign sees testing 200,000 people for the virus in the coming two weeks and conducting a door-to-door survey covering 17 million citizens, it was noted.

Prime Minister Dr Abiy Ahmed last Saturday said the month-long campaign will help to determine the next steps to undertake in the New Year.

He further indicated that increased testing is key to knowing the trend of COVID19 nationally so as to enable effective decision making on various fronts.

The total number of confirmed COVID19 cases in Ethiopia now stands at 20,900 with 365 deaths and more than 9,000 recoveries.