Blog - Latest News
You are here: Home / Uncategorized / Ethiopia More Than Capable Of Attaining Objectives of Operation in Tigray... 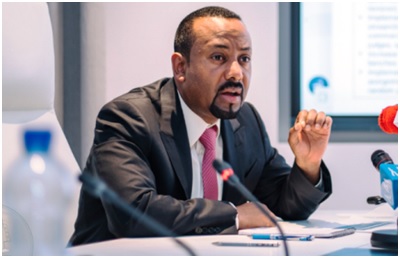 Prime Minister Abiy Ahmed has said Ethiopia is more than capable of attaining the objectives of the law enforcement operations launched in Tigray regional state by itself.

It is to be recalled that the Prime Minister ordered a military operation against the TPLF Junta after it attacked the national defence force on November 4, 2020.

In a Facebook post, he said “thanks to the exceptional valor and commitment of its sons and daughters, Ethiopia is more than capable of attaining the objectives of the operation by itself.”

The Prime Minister further said that “our campaign in the Tigray region to uphold rule of law is progressing well. Justice will prevail. Ethiopia will prevail.”

“By advancing rule of law and holding accountable those that have been looting, destabilizing Ethiopia, we will lay the foundation for lasting peace and harmony.”

“Those who are committing crimes against humanity and peace will be held accountable. We remain steadfast in our resolve to justice and rule of law.”