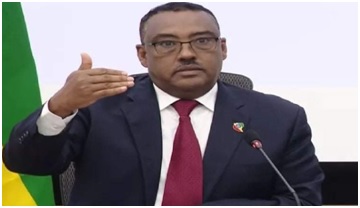 Deputy Prime Minister and Foreign Minister Demeke Mekonnen said the operation in Tigray is progressing swiftly with utmost priority given to the protection of civilians.

In areas of the Tigray region that are freed from the TPLF junta, the government is providing humanitarian assistance to the community, he added.

The minister said this while he was presiding over a series of webinar meetings held yesterday with several Ethiopian mission leaders, according to the Ministry of Foreign Affairs.

The webinar meetings aimed to exchange views on the missions activities regarding the ongoing operation in Tigray.

The mission leaders have presented briefings on their engagements regarding the operation with various concerned bodies at regional and international levels.

The mission leaders said they made the objectives of the operation in Tigray clear enough to all stakeholders.

They said they were able to make relevant bodies understand the federal government’s commitment to end the culture of impunity in the region and bring the criminals to justice.

They said they have continued to inform stakeholders that the operation would soon end, ensuring the prevalence of the rule of law and restoration of the constitutional order in the region.

They underscored that relevant government bodies should continue providing fact-based information about the operation to the public and media outlets.

This would help mainstream media to self-correct itself and come up with balanced journalistic outputs with genuine narratives, they added.

Ethiopian missions and the Ministry should give special attention to combatting disinformation and misinformation on the social media outlets, they said.

In concluding the meetings, Demeke underscored that the missions should encourage the Ethiopian community living abroad to continue their ongoing financial, moral, and intellectual support to the operation.

Ethiopia More Than Capable Of Attaining Objectives of Operation in Tigray By...

The USA strongly condemns the TPLF’s attacks on Eritrea (November 15, 202...