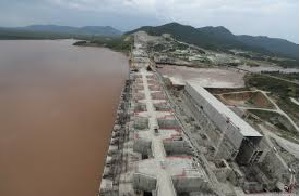 Ethiopia had sent its version of the guidelines and rules on the filling of the Grand Ethiopian Renaissance Dam (GERD).

Ethiopia, Sudan and Egypt resumed the virtual tripartite negotiations on the dam last Monday under the auspices of the African Union (AU) after they were suspended for two weeks.

In statement issued yesterday, the Ministry of Water, Irrigation and Energy, said “Ethiopia had sent its version of the guidelines and rules on the filling of the GERD.”

Ethiopia sent the document in line with the communiqué of the African Union Assembly Bureau dated 24 July 2020 and the understanding reached by the Ministers of Water Affairs, it said.

However, Egypt and Sudan requested to adjourn the meeting to be able to consider the guidelines and rules that Ethiopia had communicated, it added.

According to the statement, an agreement has been reached to resume the negotiation once the two countries complete their consideration.

The meeting was adjourned to reconvene on Monday 10 August 2020 as proposed by Egypt’s delegation. The meeting held for the past two days was attended by observers from South Africa, European Union (EU), the United States (US), and AU Bureau of the Assembly assigned experts