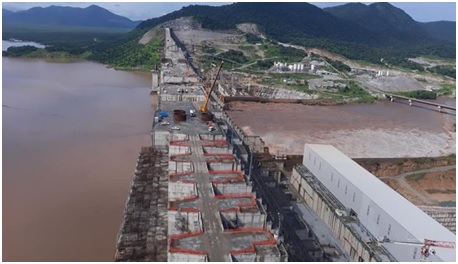 Ethiopia, Sudan and Egypt yesterday held a tripartite meeting on the filling and operation of the Grand Ethiopian Renaissance Dam (GERD).

The meeting was held in the presence of observers from South Africa, the European Union (EU) and the United States, according to the Ministry of Water, Irrigation and Energy of Ethiopia.

It discussed on issues related to procedures, role of observers, measures required to continue negotiation and unresolved outstanding issues.

Each country forwarded its own agenda for negotiation at the meeting conducted via the video conferencing technology.

At the end, the three countries reached consensus to hold series of meeting over the coming days.

According to the Ministry, agreement is yet to be reached among the three countries regarding the role of the observers.

Sudan’s Minister of Irrigation and Water Resources, Prof. Yasir Abbas Mohamed, said the meeting took place in a positive spirit and the discussion was fruitful.

The meeting will also continue today.