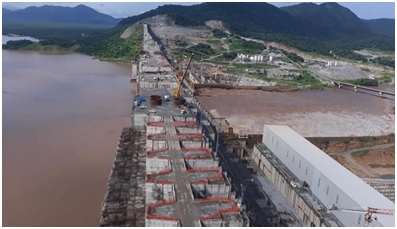 The tripartite negotiation between Ethiopia, Sudan and Egypt over GERD continued for the seventh day on Wednesday, 17 June 2020.

The meeting on the guidelines and rules for the first filling and annual operation of the dam was held via video-conferencing and in the presence of observers.

According to a statement issued by the Ministry of Water, Irrigation and Energy of Ethiopia, the most prominent technical issues were resolved through the negotiation.

However, the full completion of the negotiation will require resolution of legal issues, it added.

The delegation of Sudan sought to report the progress and seek guidance from the Prime Minister of the Sudan, it said.

The meeting concluded with an agreement to continue the negotiation after Sudan has its consultation, the statement indicated.

Beyond ensuring the optimal operation of the GERD, the negotiation requires prudence to safeguard the permanent right of Ethiopia over the Blue Nile, the ministry said.

Similarly, the negotiation demands Egypt and Sudan to take a visionary road leading to sustainable cooperation that respects the sovereignty and mutual benefit of the countries.

The statement stated that Ethiopia reiterated its right to fill and operate the dam based on the principles enshrined under the Declaration of Principles signed in 2015.

However, Ethiopia is of the conviction that the three countries can conclude the negotiation on the guidelines and rules with an outcome that maximizes the benefit of the countries, it added.