Blog - Latest News
You are here: Home / Uncategorized / Ethiopia Will Never Accept Any Agreement against Its Water Rights to River... 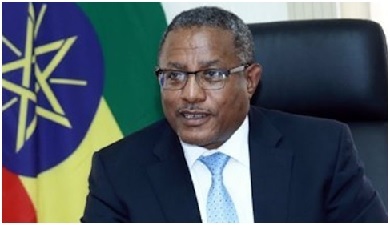 Foreign Minister Gedu Andargachew said that Ethiopia will never accept any agreement that restricts her water rights to River Abay in guise of negotiations.

In an interview with ENA, Gedu said Ethiopia, Sudan and Egypt have not yet reached an agreement concerning legal issues despite nearing understanding on technical issues.

Ethiopia is now discussing with the two riparian countries only the construction process of the Grand Renaissance Dam not issues related to her rights to utilize the River Abay for development issues, Foreign Minister Gedu noted.

Egypt has been trying to restrict Ethiopia’s water rights to utilize River Abay in guise of negotiations during the trilateral talks, according to Gedu.

Saying that GERD is a single issue out of the concepts related to reasonable use of Abay or Nile River, Gedu added that utilization of Nile waters should be treated with perspectives of the cooperative framework agreement which has been agreed up on by  riparian countries so far.

Egypt broke up the trilateral negotiation which was being held adhering to International Water Laws and principles of fair and reasonable use of Nile Waters, Gedu added.

Six countries including Ethiopia have signed Cooperative Framework Agreement out of which four have ratified it in their parliaments and incorporated as national law, Gedu explained.

Gedu stressed Ethiopia is privileged by the agreement to utilize the River Abay for development purposes based on fair and equitable manner.

Responding inquiries regarding statements issued by the US and other international organizations on GERD, Gedu said “It would be better if they refrain from making such announcements.”

“No internal or external force can stop Ethiopia from filling the dam”, Gedu retreated.