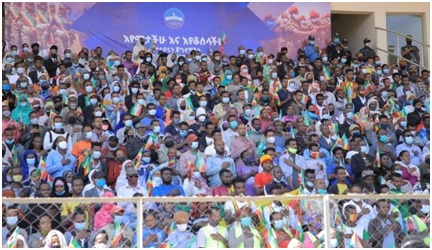 Ethiopians all over the country have honored the National Defence Force in an observance of a 2mn activity starting from 11:30 AM this morning.

Moreover, members of the Diaspora living abroad have also expressed their solidarity with the National Defence Force observing the 2mn activity in recognition of gallantry of the army at the operation underway to ensure rule of law in the country.

Ethiopia Never Asks Any Country Including Uganda For Mediation With TPLF Junta:...

The United States Condemns the Attack on Eritrea by the TPLF (November 17, ...