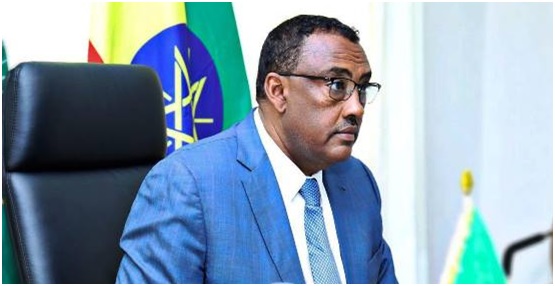 He appreciated the ambassadors and leaders of the countries that they represent for fully supporting the law enforcement operation in Tigray following the sudden attack of the TPLF clique on the northern command of the Ethiopian Defence Forces.

The efforts of South Africa, in its capacity as the Chair of the African Union for 2020, to bring peace in the region are commendable, he said.

Demeke said the operation is swiftly completed with minimum civilian causalities that enabled the federal government to carry out its plans to restore law and order in the region.

Now the government is engaged with rebuilding infrastructure and telecommunication services, ensuring access to humanitarian assistance to the affected people, returning displaced people to their homes while apprehending the fugitives, he said.

He said the federal government is working closely with the interim administration of the Tigray region that has already started establishing the bureaucratic structure in the region, citing Shire as an example.

The ambassadors appreciated the federal government for rapidly concluding the law enforcement mission without compromising the lives of civilians, according to the Ministry of Foreign Affairs.

They also affirmed that they are willing to support the federal government of Ethiopia in its efforts to provide humanitarian assistance to the affected people.

They have reiterated that the leaders of their respective countries’ are committed to stand by Ethiopia noting that Ethiopia is an anchor of peace in the region.