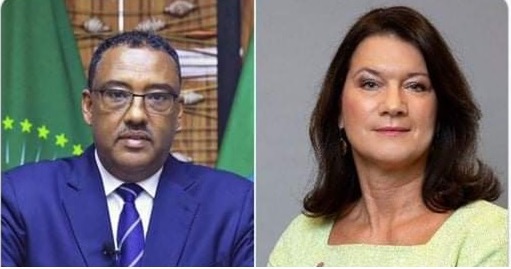 During their discussion, Demeke briefed his Swedish counterpart on the successful accomplishment of the law enforcement operation in Tigray and the rehabilitation and reconstruction works that the government of Ethiopia has been undertaking since then.

He said people who need humanitarian assistance have been identified and the government together with international aid agencies has been distributing food and non-food items, including pharmaceuticals from 92 distribution centers in the region.

The relief operation in the region is ever-increasing and 26 major relief organizations are accessing many parts of the region, he said.

The Deputy Prime Minister also explained the relentless efforts of the government of Ethiopia to coordinate relief agencies to further boost the humanitarian assistance efforts and meet the demands of affected people.

Speaking about the Eritrean refugees, who were affected and displaced during the law enforcement campaign, he said they have settled in different parts of Ethiopia and many of them are relocated to safer camps.

Demeke also raised his concerns on the unhelpful and unfounded claims made by some corners in the European Union who failed to understand the nature and objectives of the law enforcement operation and the humanitarian assistance efforts on the ground.

Their discussion on the upcoming general election was also underlined with the Deputy Prime Minister’s assurance that the government of Ethiopia would make it transparent, fair, and democratic.

The Foreign Ministers have also pledged their country’s commitment to strengthen the historical and strong relationship between Ethiopia and Sweden.

Their conversation ended with the Foreign minister of Sweden appreciating the efforts being made to address her concern.