Blog - Latest News
You are here: Home / Uncategorized / Government’s Focus Will Be On Rebuilding Tigray, Providing Humanitarian A... 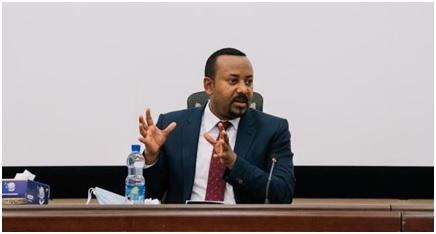 “I am pleased to share that we have completed and ceased the military operations in the Tigray region. “

Government’s focus now will be on rebuilding Tigray region and providing humanitarian assistance while Federal Police apprehend the TPLF clique, the premier stressed.

In a statement issued this evening, Prime Minister Abiy announced that Mekelle has become under command of the National Defense Forces.

The Prime Minister stated that the Federal government is now fully in control of the city of Mekelle, adding “With full command of the regional capital, this marks the completion of the ENDF’s last phase.”

Federal police will now continue their task of apprehending TPLF criminals and bring them to the court of law, the premier noted.

The ENDF has thus far managed to:

The people of the Tigray Region have provided utmost support and cooperation to the Ethiopian National Defense Force in all corners, he underlined.

“I would like to express my appreciation to the people of Tigray who have understood the ENDF’s goodwill and duty to nation.”

The main operation is successfully concluded. We now have ahead of us the critical task of rebuilding what has been destroyed: repairing what is damaged; returning those who have fled, with utmost priority of returning normalcy to the people of the Tigray region.

The federal government appreciates the concern shown by the international community. And calls upon friends of Ethiopia to join hands in rebuilding the Tigray region and giving its people the respite, humanitarian assistance and security they deserve.