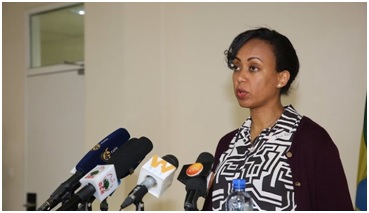 Ministry of Health stated that it will conduct close to 17 Million COVID 19 tests during the nationwide testing and prevention campaign kicked off recently.

In a press conference held to brief media on the nationwide COVID 19 testing and prevention campaign, Minister of Health, Dr. Lia Tadesse said the efforts being exerted by the government to curb the pandemic are nothing without active participation of the general public.

The campaign will not be effective without active participation of the general public, the Minister said calling all stakeholders to join hands against the pandemic which is rapidly spreading among the community.

She called for augmentation of isolation and treatment facilities in all Woredas of the country for the transmission of the virus is drastically rising in all parts of the nation.

Dr. Lia further requested artists and public figures to contribute their share for the success of the national testing and prevention campaign in creating awareness through artistic works how to effectively prevent and control the spread of the virus.

The Minister urged the public to get tested and adhere to precautions by washing their hands, wearing masks and keeping distances as per the precautions set by the government for the successfulness of the campaign in terms of curtailing the spread of coronavirus in the country.