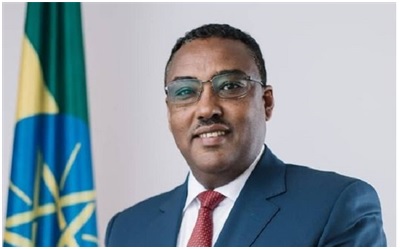 The visit is aimed at explaining the government’s position on the ongoing law enforcement operation against the TPLF junta and its effort to put the plot to destroy the country under control, according to a press release of Ministry of Foreign Affairs.

To make the position of the government clear about the situation and the measures being taken, the delegation will visit more than six countries where it would also deliver the message of the prime minister, it was learned.

The government has abundantly made it clear that the operation will be carried out without any external force intervention to bring the traitor extremists to justice.

The delegation led by Deputy Prime Minister and Foreign Minister Demeke Mekonnen will explain the just cause of the government and rally support for the effort to make the rule of law prevail in the country.

Meanwhile, the ministry has dismissed the fake news disseminated by the extremist group that Uganda would be mediating the government and the TPLF clique, the release said.

The press release underscored that the government would bring the treasonous group that first attacked the national defense force and defied the constitution for quite a long time now to justice and ensure the prevalence of law.

The USA strongly condemns the TPLF’s attacks on Eritrea (November 15, 202...