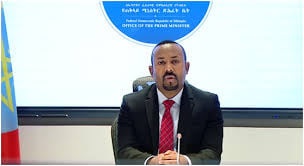 Through the recently declared unilateral humanitarian ceasefire, the Government of Ethiopia has shown to the world its good intentions for the wellbeing of the people of the Tigray Region. The Federal Government believed that the ceasefire would cease hostilities and give chances to farmers to employ the rainy season while the people get humanitarian assistance without alleged impediments. The Government of Ethiopia has paid sacrifices in declaring the ceasefire, and it was a choice made consciously to give peace a last chance.

But true to its form, the TPLF chose violence to peace. It has demonstrated that it cannot survive without engaging in conflict. It has continued to use child soldiers by numbing them through drugs. The Ethiopian Defense Force is obligated to protect these kids.

The ceasefire could not bear desired fruits due to people who could not appreciate the sacrifices that the Government of Ethiopia has paid for the sake of the people of Tigray. Given the irresponsible actions of the TPLF that poses a great danger to the sovereignty of the country, the Federal Government, through mobilizing the people of Ethiopia, is determined to curb this threat. We will facilitate the humanitarian works and defend the country from the joint attacks by its domestic and external enemies.

The TPLF junta was lamenting that the Government of Ethiopia had been using starvation as a weapon of war. However, when the Federal Government declared the unilateral humanitarian ceasefire, the Junta soon forgets the famine accusations and intensified its military activities.

The international community also soon forgets its pronouncements on looming famine in the Tigray region. They said nothing while the Junta recruits children as soldiers. They even tend to point fingers at the Government of Ethiopia even when the Junta makes humanitarian corridors as centers of military conflicts.

Taking all matters that unfold after the declaration of the unilateral humanitarian ceasefire, the Federal Government would like to announce that it is ready to take all the proper action to the wellbeing of Ethiopians and the nation.

The Government calls on the people of Ethiopia to protect itself from influences of unsubstantiated information and the propaganda machine of the Junta, whose remaining power is just fabricating falsified information. The people of Ethiopia should understand that our domestic and external enemies are working in unison to sow dissent and mistrust among us. The Government urges the people of Ethiopia to stand together and continue supporting the ENDF in every way possible and defend the country’s sovereignty and reverse the threat posed by internal and external enemies of the country.

Press Statement On the untimely adoption of a politically motivated resolution...

Official Statement on the situation of Eritrean Refugees in Ethiopia (July 14,...