Blog - Latest News
You are here: Home / Uncategorized / Nile should be a Major Source of Cooperation than Conflict: FM Gedu (March... 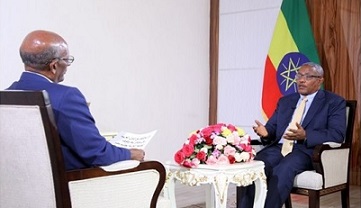 The Minister of Foreign Affairs of Ethiopia Gedu Andargachew said the river Nile should be a major source of cooperation than conflict.

He also admired the ‘principle-based’ stance of Sudan on the GERD talks and called on all stakeholders to use the river Nile as a source of cooperation than conflict.

His interview with Al-Jazeera (Arabic) covers a range of issues that shed light on the bone of contention on the ongoing talks on the GERD.