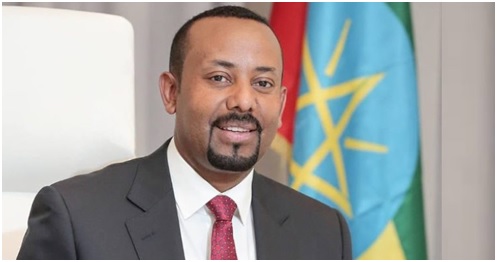 Prime Minister Abiy Ahmed has extended greetings on the 125th anniversary of Adwa Victory on March 02, 2021.

There is no greater heroism than daring to slay an enemy who fired cannon with only a sword, the premier pronounced.

Victory of Adwa is upshot of heroism, patriotism and art of war of Ethiopians, the Premier said, adding that nothing is greater than putting aside disparity and confront guns and knives of the enemy with deep patriotism.

Ethiopians manifested greater wisdom and bravery in repelling an enemy which built itself with war strategy and conspiracy theory and gained support of others, the Prime Minister noted.

We Ethiopians have many reasons to commemorate the Victory of Adwa in exceptional manner; the one is that the victory has lifted the nation to a higher position that no one can bring it from, the premier said, adding “There were many centuries old attempts for intended to hurl Ethiopia out of the height it gained through the victory. It is our recent history too. But it was impossible for all attempts to divide and conquer Ethiopia have failed.”

“The battle of Adwa brought Ethiopians together better than previous times. That is why many scholars say that the victory laid the foundation for recent Ethiopia. And this is the reason why we say we all are sons and daughters of the Victory of Adwa.”, added the premier.

Prime Minister Abiy Ahmed further underscored that the Victory of Adwa is a testimony how Ethiopians can position the nation among middle income countries and replace poverty with prosperity through unity.

Press Release: On the US Statement Regarding the Situation in the Tigray Region...