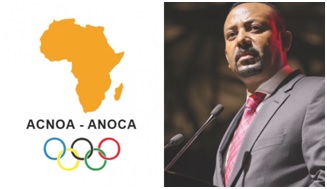 The ANOCA Order of Merit is awarded to Heads of state and sovereign characters.