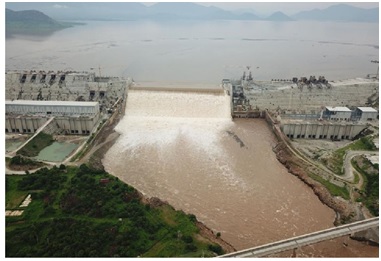 The tripartite negotiation on the Grand Ethiopian Renaissance Dam (GERD) between Ethiopia, Egypt, and Sudan has adjourned to a week upon the request of Sudan.

In a press release issued by Ministry of Foreign Affairs yesterday, the three countries were expected to continue the negotiation on Monday and submit interim and final report to the Chairperson of the AU in two weeks’ time since the AU Bureau meeting held on 24 July 2020.

According to the press release, two weeks have lapsed without an actual negotiation due to Egypt and Sudan’s request to adjourn the meetings.

It is to be recalled that Ethiopia had sent its version of the Guidelines and Rules on the filling of the GERD, in line with the Communiqué of the African Union Assembly Bureau dated 24 July 2020 and the understanding reached by the Ministers of Water Affairs during their meeting on 03 August 2020 to work on a common document.

The meeting is expected to reconvene next Monday on 17 August 2020 as proposed by Sudan, it was indicated.

Press release underlined “Ethiopia remains committed to the tripartite negotiation as a negotiated agreement is the only option.”