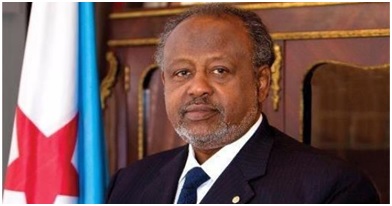 Prime Minister Abiy Ahmed has congratulated Ismail Omar Guelleh on his re-election as President of Djibouti.

President Ismael Omar Guelleh has been re-elected for a fifth term after winning more than 98% of the vote in Friday’s elections.